Recently, we told you about a feud that’s started between Fast and Furious stars Vin Diesel and Dwayne ‘The Rock’ Johnson. It came to the fore after The Rock referred to a co-star, later confirmed as Diesel, as a “candy ass.”

Well now, Diesel has got his own back by having a swipe at Johnson in a recent Facebook Q and A. In what can be only seen as a double edged compliment, Diesel said that Johnson was not first choice for his role in the Fast and Furious films, and was only given the part because of pressure from his fans. The role was originally meant to go to No Country For Old Men star, Tommy Lee Jones. 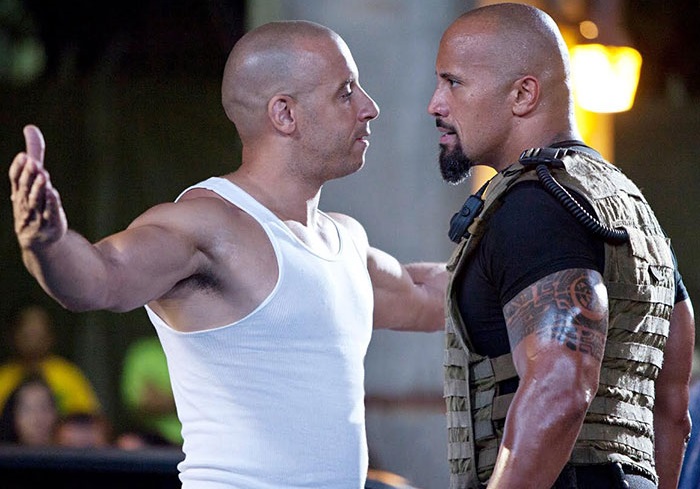 “Back in the fifth film, when I was asking ‘Who should I work with?’ The reason why we brought Dwayne Johnson into Fast Five was because of [the fans]. There was a girl named Jen Kelly who said, ‘I would love to see you guys work together on-screen.’ ”

Hardly a ringing endorsement, eh? With these latest comments, it looks like Diesel and Johnson’s spat will rumble on