Kotli Ablu, Muktsa, India. In a truly shocking and sickening series of events, a father has found himself on the run from police after a brutal revenge attack saw him cutting a man’s arms off. The man had to watch the trial of a seventeen year-old man who his wife had discovered raping their baby daughter. A trial that saw the judge fail to convict the teenager. So, in an act of vengeance, he dished out swift civilian justice to the man.

After the decision was announced, the dad calmly announced that he had forgiven the man and was prepared to forget the incident. Incredibly, the rapist believed him and even accepted a ride back to their home village on the girl’s father’s moped with him. But soon? He would be in hospital, missing two limbs…

Halfway through the journey, the now-fugitive father stopped the bike, attacked the man, tied him to a tree and hacked off both his arms with a machete. 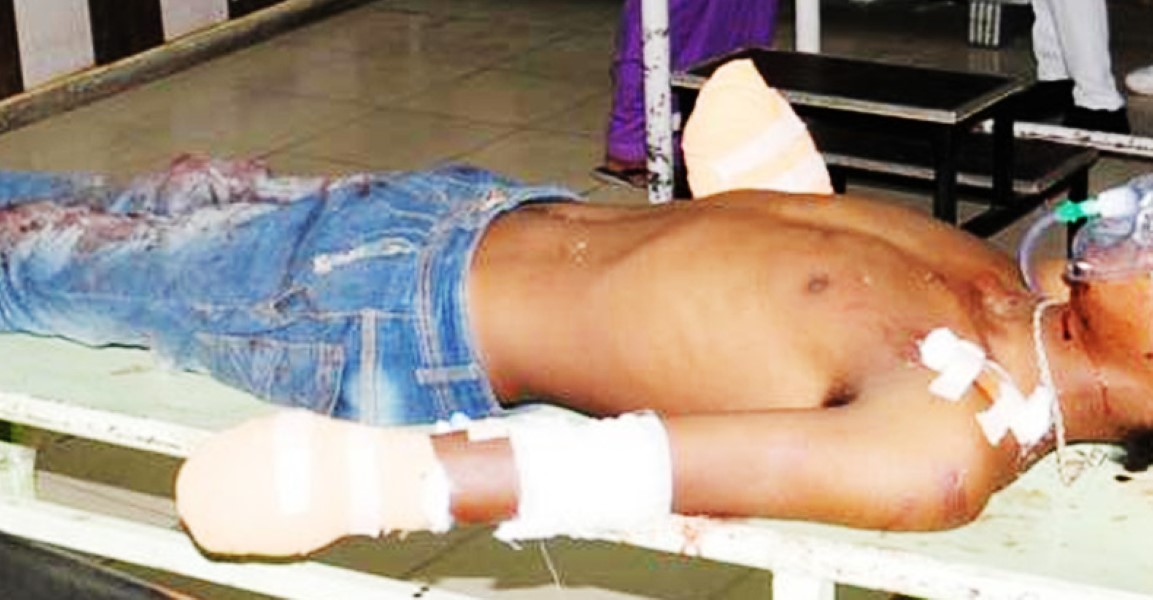 The man rode off and hasn’t been seen since. It’s thought that his wife and daughter have also left the village, presumably to meet up with him.

The attacker – who became the attacked – was taken to hospital, where he is in critical condition.

Bathinda(Punjab):Man allegedly chops off hands of person who raped his 8-month-old daughter in 2014,admitted to hosp pic.twitter.com/JrU4pYP6Cq