So there’s a rap beef going on at the moment. It’s between Soulja Boy and Chris Brown. Not exactly Biggie Vs. Tupac, we know – but bear with us. Their Twitter spat has got ugly. Names, threats, all sorts. The hatred is real. And now they’re gonna fight. It’s confirmed.

The celebrity boxing match is likely to help raise money for charity and has none other than Floyd Mayweather involved.

No date has been set, but the fight looks to have the backing of Money. And both rappers are keen to get it done. Although Soulja is quite a bit smaller than Brown. And we all know that Brown can punch. But can he hit dudes…? 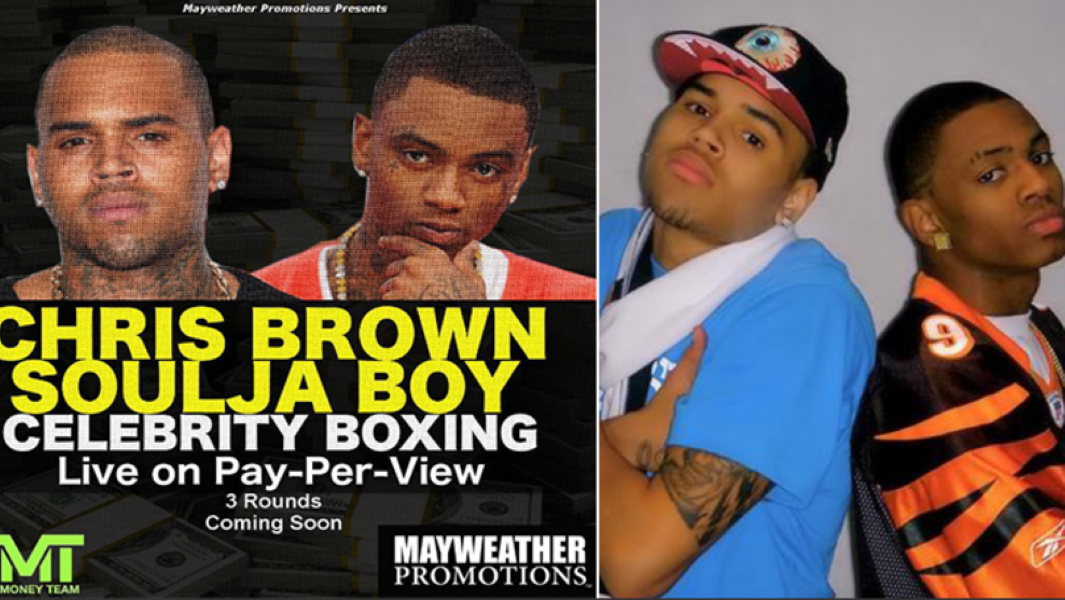 Me and my trainer/big brother @floydmayweather #TMT it's official!! ???

We talking money now, BIG MONEY CHAMP said he will take the bet. Mayweather promotions is gonna promote the fight. This is the shut up, or put the money up challenge. #wherethebagat

We’re stoked for this. Who you got?