This weekend, professional antagonist, Piers Morgan, had his a** handed to him on a plate on live television by comedian Jim Jeffries. The pair clashed on Friday night’s edition of Real Time With Bill Maher, with Jeffries doing what many have wanted to do for years; telling Morgan precisely what he thinks of him.

Morgan is vastly unpopular with the general public and celebrities alike due to his bullying and belittling demeanour, and a history of questionable behaviour. When editor of British newspaper, The Daily Mirror, Morgan oversaw a number of scandals, including hacking an actor’s phone whilst he was caring for his dying wife, and faking photographs of British troops abusing Iraqi prisoners. 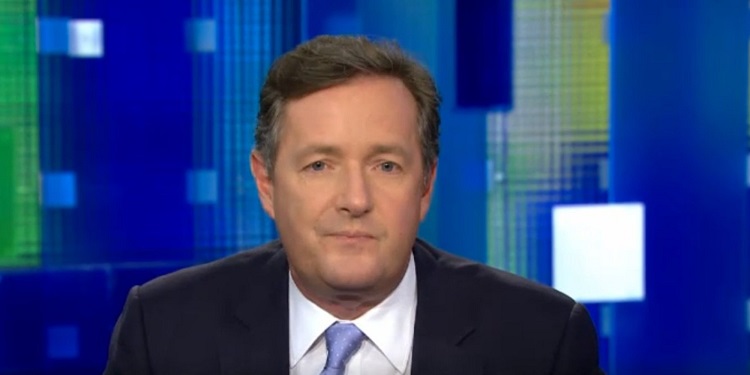 Morgan has recently come under fire for his unwaivering support for controversial US President, Donald Trump. The pair first met when Morgan was a contestant on the Celebrity Apprentice, and many think that the Brit’s cheerleading of Trump is an embarrassing attempt to remain in favour with the President.

Jeffries and Morgan clashed on Real Time over the issue of Trump’s so-called Muslim ban. Maher was chastising folk who claimed that Trump was the ‘lesser of two evils’ compared to Hillary Clinton, when Jeffries added that the latter would never had banned Muslims from entering the US. When Morgan denied that it was a Muslim ban, Jeffries went to town on the former CNN presenter:

This is what you do, Piers. You say, ‘He hasn’t done this, he hasn’t done that, he’s not going to do all these things.’ Give him a f*(king chance, mate. Hitler didn’t kill the Jews on the first day, he worked up to it, mate.”

… before adding one of the most withering put downs of recent times:

“You just like that you won the Apprentice and you have a famous friend.”

Watch me on Real Time this Friday.

Social media was quick to come out in support of Jeffries, with celebrated author JK Rowling Tweeting:

“The fact-free, amoral, bigotry-apologism of celebrity toady Piers Morgan is, of course, why it’s so delicious to see him told to f**k off.”

After Morgan responded with a childish dig about Harry Potter, Rowling once more put him in his place:

.@piersmorgan If only you'd read Harry Potter, you'd know the downside of sucking up to the biggest bully in school is getting burned alive.

There’s nothing more satisfying than seeing a weaselly slimeball like Morgan get his comeuppance.