We’ve brought you some insane weaponry like triple-barreled guns here before, but we’ve never seen anything like THIS before! It’s a shotgun and pistol in one. A custom-made 1911 12 gauge shotgun pistol. The pictures are causing quite the storm online and have just gone viral. And we’re not surprised. What gun nut isn’t going to salivate/scratch their head when they see something like this. Is it a shotgun? Or is it a handgun? Maybe it’s a handshotgun, who knows…?

It’s thought that the gun comes from Thailand. Rumors that such weapons were being custom made have floated about for some time now. Plus, there’s lettering on the side of the weapon which appears to be from the Thai alphabet. 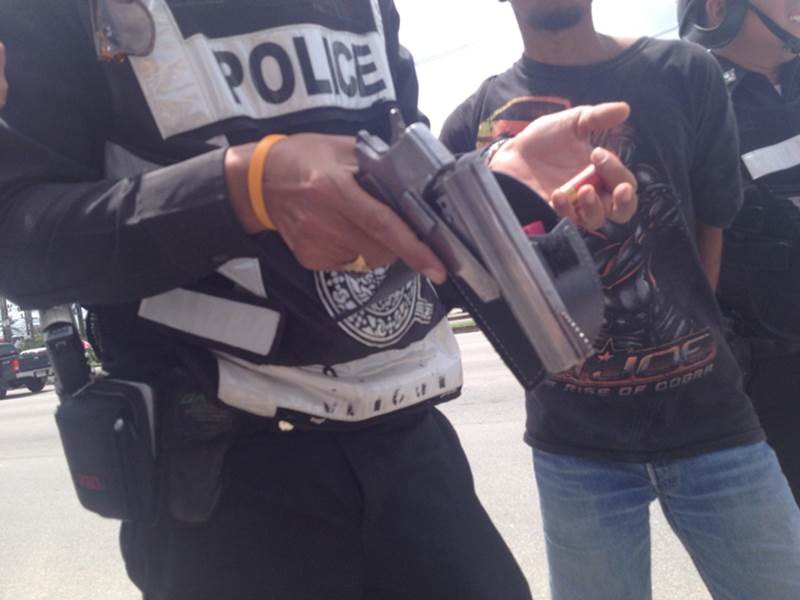 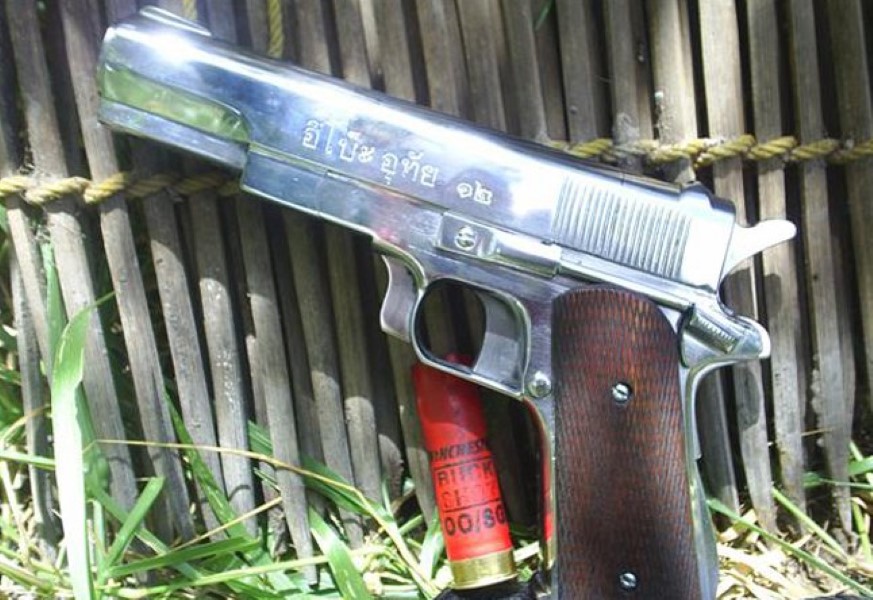 And here’s how you load the shotgun cartridge. Crazy, right? 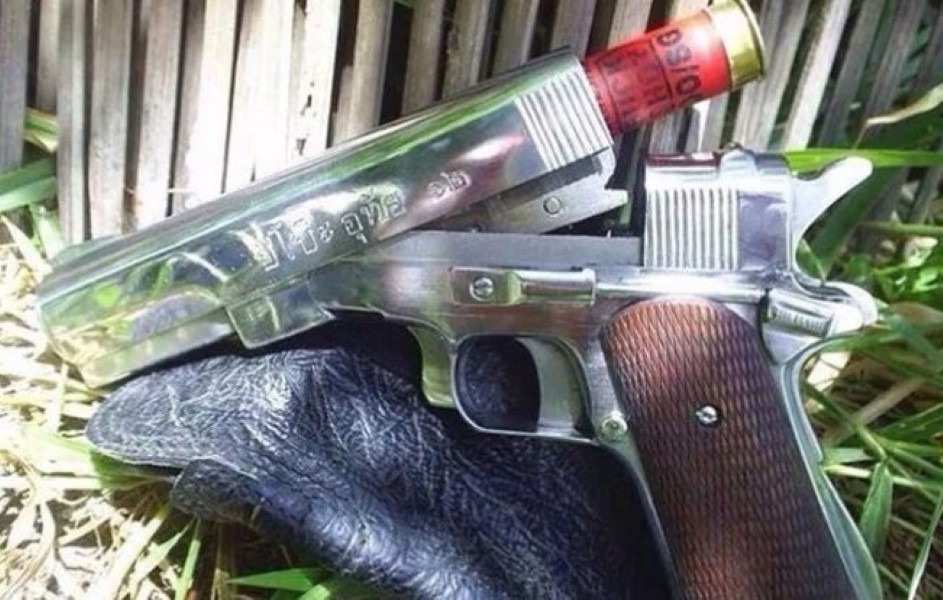 A Helluva thing right there.