It’s 7am on a weekday. A bus in driving through a Mexican town picking up people on their way to work. The driver presses the button to allow on a passenger, like he has down a million times before. Except this latest passenger doesn’t want a ride, he wants money. Brandishing a knife, he threatens the bus driver. But the driver’s having none of it and challenges the criminal.

Suddenly, the driver has some help. From a passenger. An unlikely source too – this dude is clearly handicapped in some way. But that’s not gonna stop him helping take down the knife-wielding scumbag.

The two men team up to give the robber a going over and throw him off the bus. Total Thug move! 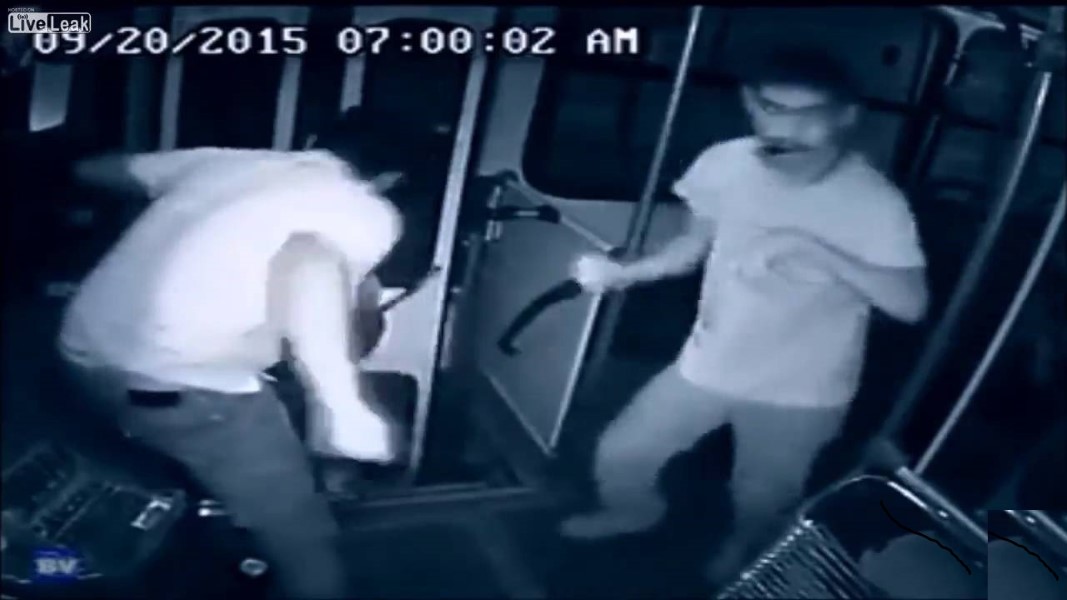 What a hero. Well, what a pair of heroes. Check out their brave act: