Police have arrested 22 people and seized a mighty 12 TONS of weed after discovering a 2,400 ft drug tunnel operating across the US/Mexican border! Authorities captured six men in the US and 16 in Mexico after they attempted to move drugs between the two countries.

The tunnel, which connects Tijuana to San Diego, is incredibly sophisticated; it is lit, ventilated and features a rail system for moving the drugs. The route between the two places had been selected due to the softness of the earth, so digging the tunnel was relatively easy. 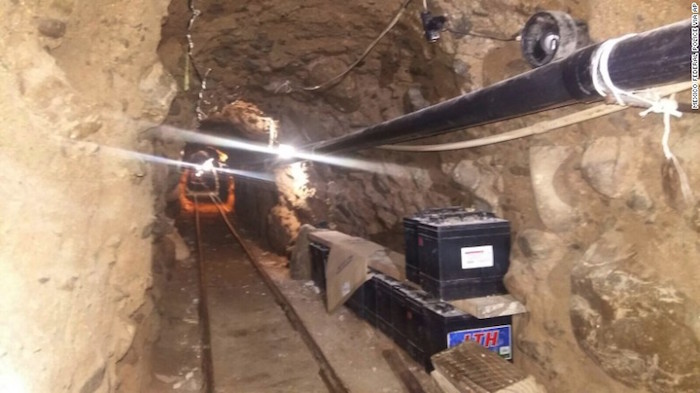 Authorities organized the sting after a US Homeland Security agent had gone undercover. Posing as a drug trafficker, the agent had agreed to provide drivers to move the drugs and a warehouse in which to store them, at a price of $10,000 per batch.

Authorities are as yet unsure who the drug smugglers were working for, but the Tijuana region is controlled by the Sinaloa cartel. Incidentally, 3 months ago, the cartel’s leader, Joaquin “El Chapo” Guzman, escaped from a Mexican high-security prison through a tunnel! 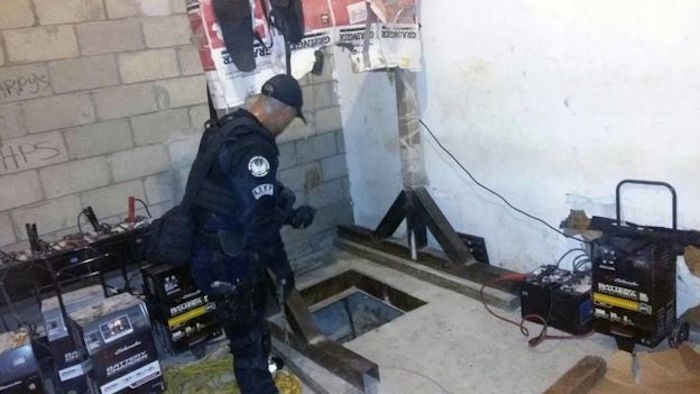 The arrested men also have links to the state of Jalisco, whose New Generation group are big players in the drug industry. 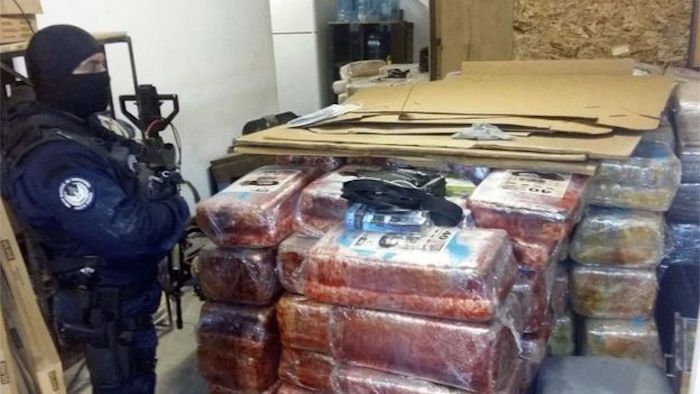 Authorities caught the smugglers off-guard when they arrived at the Tijuana warehouse with a search warrant. In total, 873 packages were seized.