Eastpointe, Michigan. A man called Frankie Taylor is arrested and brought into the local police station by cops on a DUI charge. After becoming mildly belligerent, cops strapped him to a chair and beat him unconscious. They continued to punch him and he ends up losing an eye. It’s shocking behavior from the officers.

Within a few days he was admitted to a Detroit hospital for surgery, but it turned out to be too late to save his left eye. 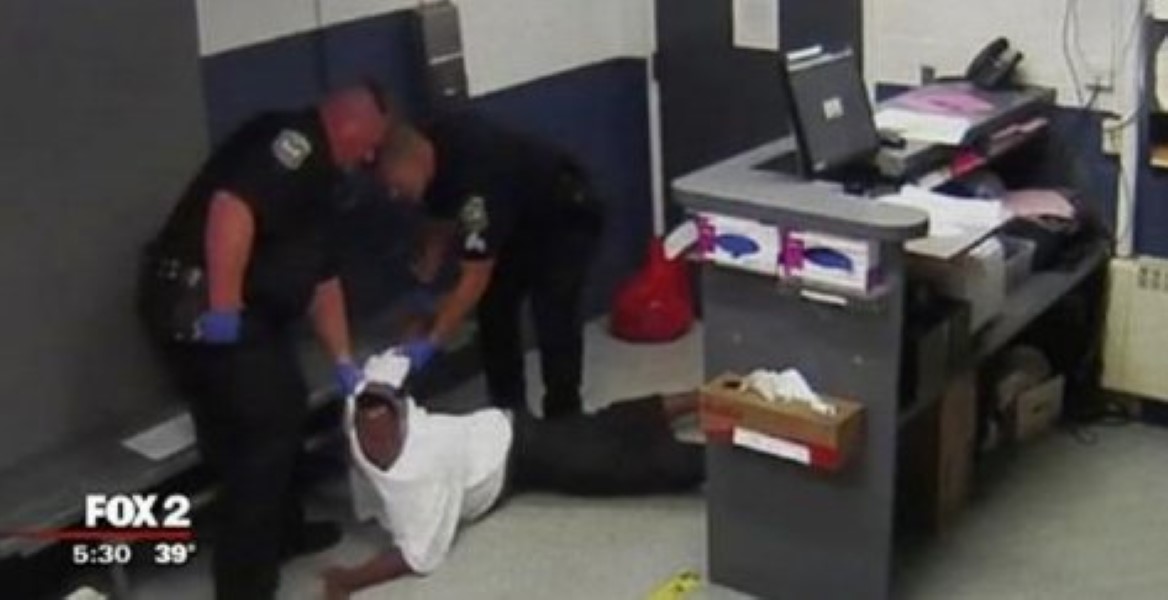 “I don’t feel like that I was a threat to the officers to the point that they had to hit me until I was unconscious,. I wouldn’t expect this from officers.”

“The guy hit me so many times, it made me cry once I seen the tape,” Taylor told Fox News. “I was knocked out.” 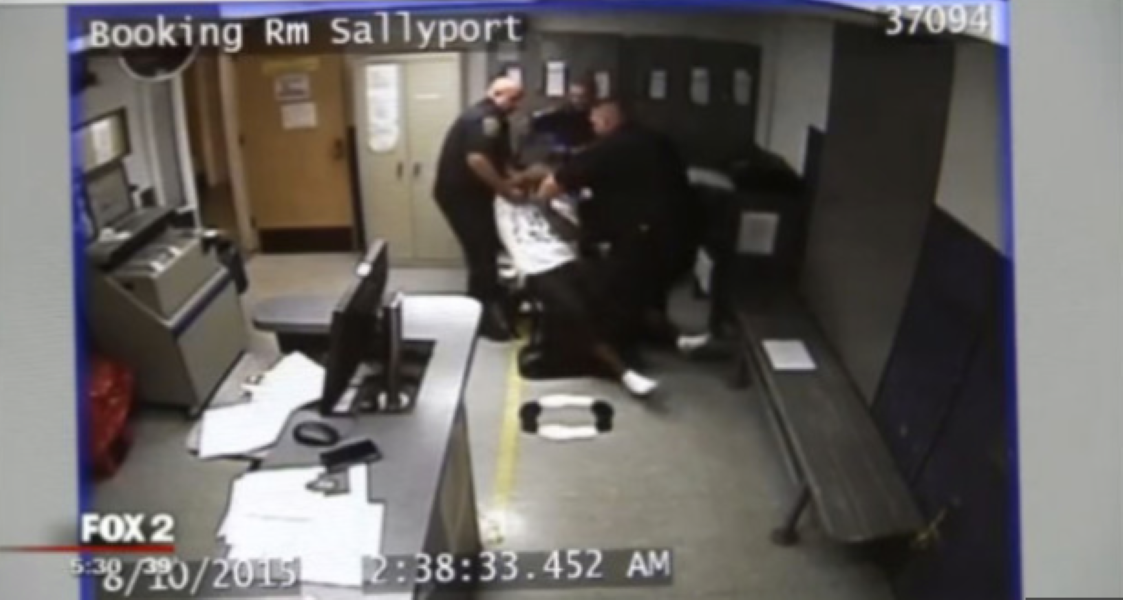 His lawyer went on, “He has permanent loss of eyesight in one eye. His vision is severely compromised. He has these horrible nightmares.” 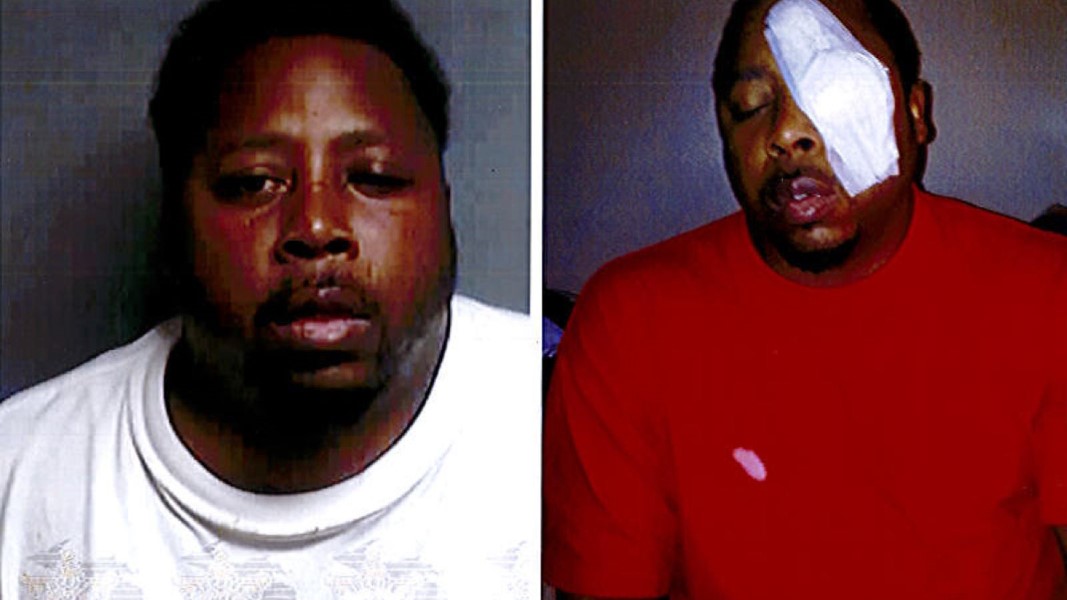 This is shocking footage that isn’t for the faint hearted…