Aaron Bleyaert knows how to lose weight. He also knows how to get ripped. He lost 80lbs and tore it up at the gym, going from flabby beer bellied couch potato to super-fit. It’s a crazy transformation. And he took to Tumblr to document how he did it. It’s BRUTAL in its honesty.

Its seering honesty is probably the reason it went so viral. That and just because it works. It’s fun to read, it makes total sense and if you follow Bleyaert’s advice – you’re on your way to getting stacked. Here’s what he says:

“I’ve spent the past year losing 80 lbs and getting in shape. A lot of people have been asking me how I did it; specifics like what diet I was on, how many times a week I worked out, etc etc. So I thought I’d just answer everyone’s questions by giving you guys step by step instructions on how you can achieve everything I have… IN JUST 4 EASY STEPS! Ready? Here we go!!!” 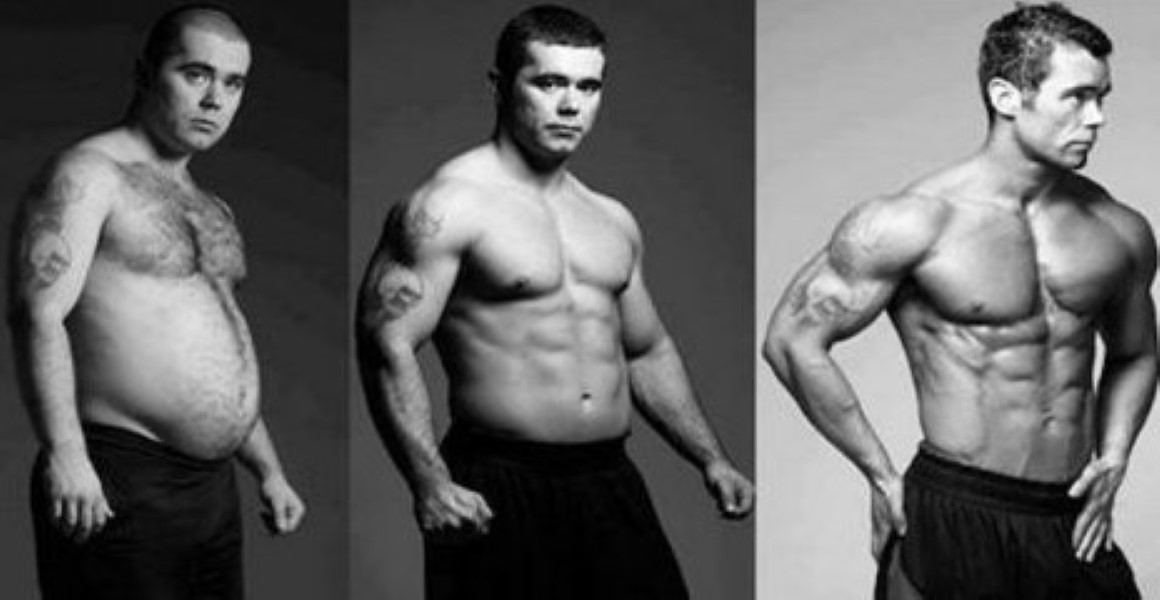 “This is a big one, and one that you’ve probably heard before. Every time you drink a beer, it’s like eating seven slices of bread. That’s a lot of bread!”

“This is especially true when you go out to eat at restaurants. A good trick to do is when your meal comes, cut it in half and right away ask for a takeout container, so that you can save the rest for later – and even better, if you start your meal out right by ordering lean meats and veggies, you’ll slim down in no time!”

You gotta be strict and resist the temptation to binge. Smaller portions are a must for parking park.

Fruit juice might seem like it’s good for you, but it’s packed full of sugar. And sugar is the enemy.

“And not just broken; shattered. Into itsy bitsy tiny little pieces, by a girl who never loved you and never will. Join the gym at your work. Start going to the gym regularly, and even though you don’t know that much about exercise and you’re way too weak to do pretty much anything but lift 5 lb weights and use the elliptical machines with the old people, do it until your sweat makes a puddle on the floor. Then go home and go to bed early and the next day do it again. And then again. And then again.”

Apparently – the most important and vital thing? Strong will. Stick with it and you can do it. But it’s hard god damned work. So be prepared.