Cats. One of the weirdest things about them is their dedication to bringing their humans back gifts. But we don’t mean no nice gifts. Like a bottle of cologne? That’d be nice. But oh no. You get half-dead mice and sh*t. Birds, even. Our old cat Tom used to kills pigeons ferchrissakes. Huge great big ones too.

But now nature seems to be exacting some revenge. This clip below shows a face-off between a bird and a cat where the cat doesn’t win. Why not? Well, the bird is a big ‘un. A hawk. It’s swooped down and grabbed the puss and presumably it then flew off with it, killed it and ate it.

If we were the guy with the cameraphone, we’d have stepped in and saved the cat. Or tried, at least. But morbid curiosity got the best of him here. Or he plain just don’t like cats. 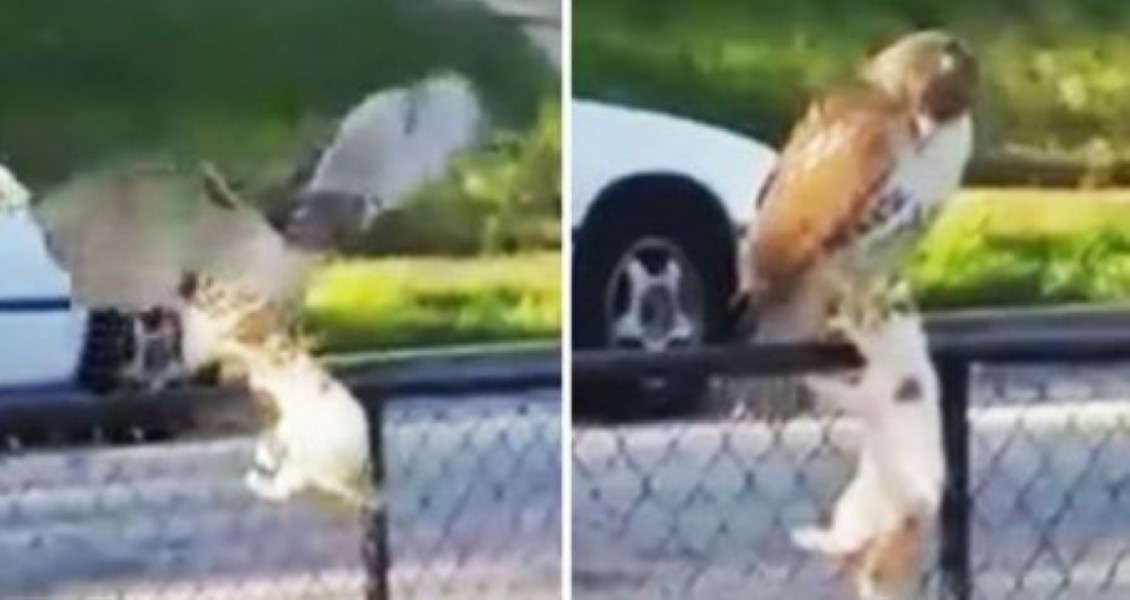