Ningbo, China. An artist spends a full 72 hours, non-stop, creating a giant LEGO sculpture for a store in a mall. The artist, known as ‘Mr. Zhao‘, was commissioned to create the huge version of the character Nick Wilde from the Disney movie Zootopia. Three days straight he worked on it… Only for a kid to almost instantly SMASH it.

The thing was up and gawped at by impressed visitors for less than an hour before it was destroyed. His pain-staking work was ruined… 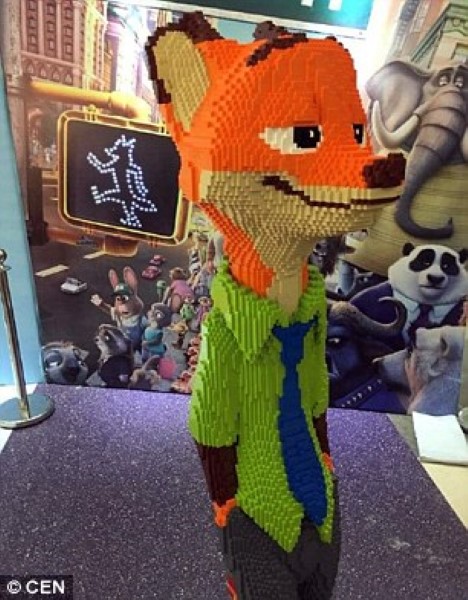 Mr. Zhao told people after the event: ‘An hour after the exhibition opened, a boy aged four to five pushed Nick and he fell to the ground and smashed into pieces…’ 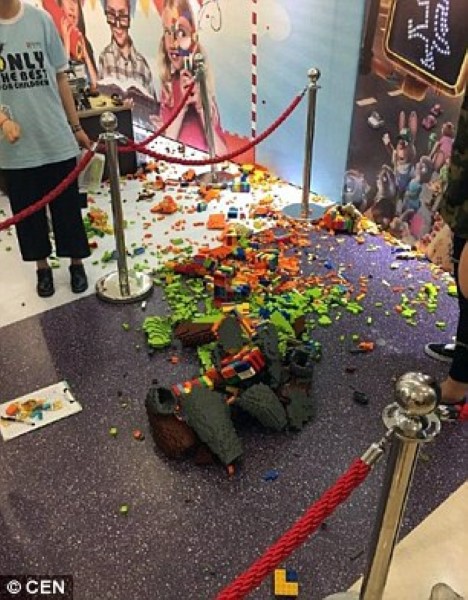 The kid’s father has since apologized to the artist. 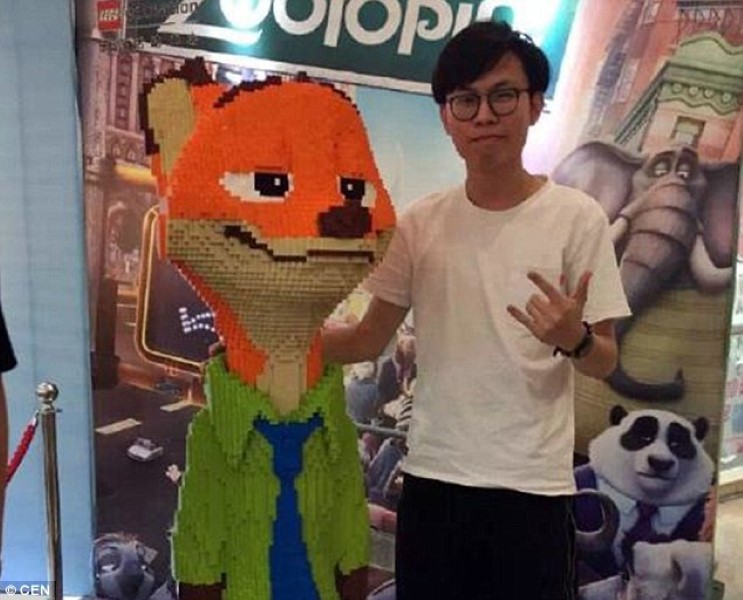 Zhao went on to say: ‘I thank everybody’s concern… I have known many LEGO lovers through this incident and I am moved. Nobody wants to see this happen.’

‘If the parents could draw a lesson from this and learn how to teach their child, then it’s worth it.’