Body modifications are big business across the world. The amount of people up for all-over body tattooing, scarring, stretching and body part removals are legion. And the latest trend? Eyeball tattooing. The process sees the whites of the eyes colored – often red. And it’s currently big in the gang community in Los Angeles. Specifically among members of the deadly gang, MS-13.

Earlier in the year in LA, a 17 year-old man called Florencio Conchuza Gonzalez – a member of the notorious MS-13 street gang – tattooed his eyeballs, but went blind. After CCTV footage emerged showing Gonzalez robbing a convenience store, he fully admitted his crime to cops, on the off chance that they might offer to fix his eyes if he ratted on other gang members.

“He just started crying and told us he would tell us anything we wanted as long as we would bring him back his vision” recalls the police officer who arrested him. “I reassured him we would do the best we could and called an ambulance immediately as his eyes were bleeding and were so swollen they looked like they were going to come out of his eye sockets.” And you thought the Crips and Bloods uniting to fight ISIS was weird… 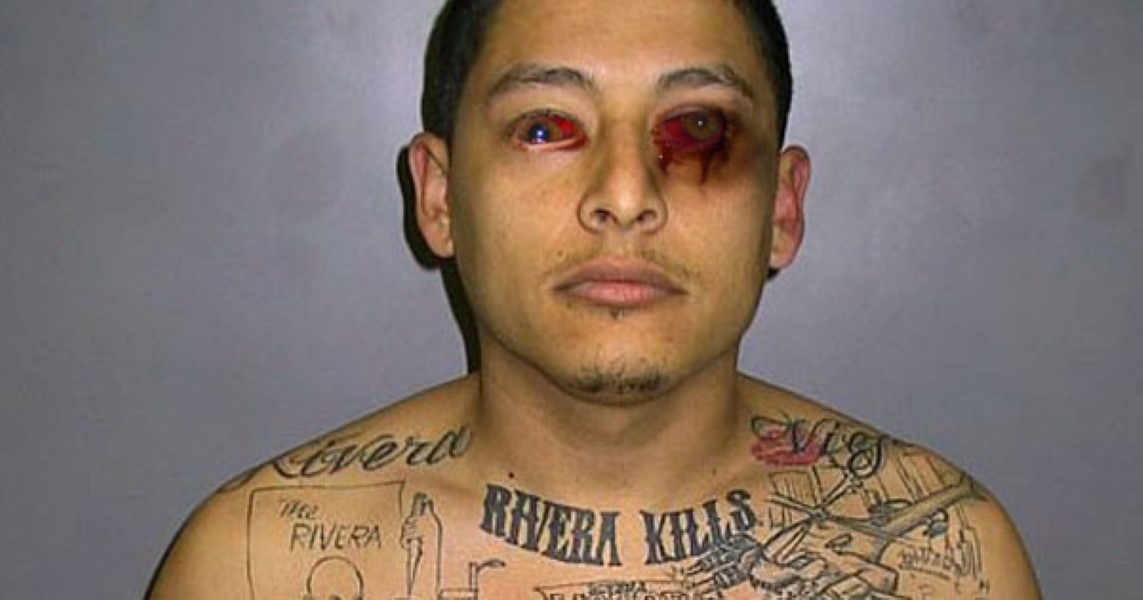 It’s not just members of MS-13 that are tattooing their eyes. It’s a body modification that other criminals are getting involved in. Here’s a report about a eyeball tattooing in jail: