Jordan McNelly‘s had a weird week. He’s currently going viral and being bombarded with funny supportive messages from other dudes and having girls hit him up on Twitter.

His own hashtag is trending across the world too. But it all stems from a horrible incident…

Earlier this week he got a text from girlfriend Zoe. Nothing unusual about that – she is his girl, after all (or was, anyway…). But this text? Ouch. It wasn’t meant for him.

It was supposed to be sent to a friend of hers. In it, she details her affair and how she’s planning on meeting another guy for s*x. 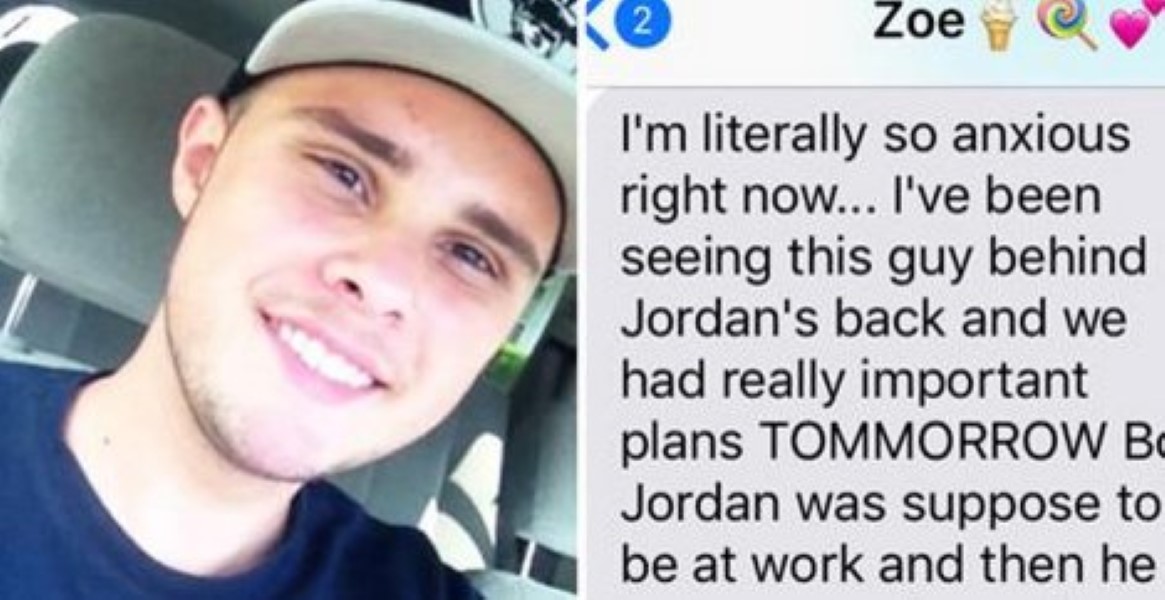 She evens admits to being ‘a wh*re’ and says that she’s waxed her entire body in preparation for the meeting. Damn, you’ve gotta feel for Jordan here…

Although. And it seems a little harsh, sure, but he *kinda* deserves it with those stupid damn emojis next to Zoe’s name on his cellphone. Not cool. 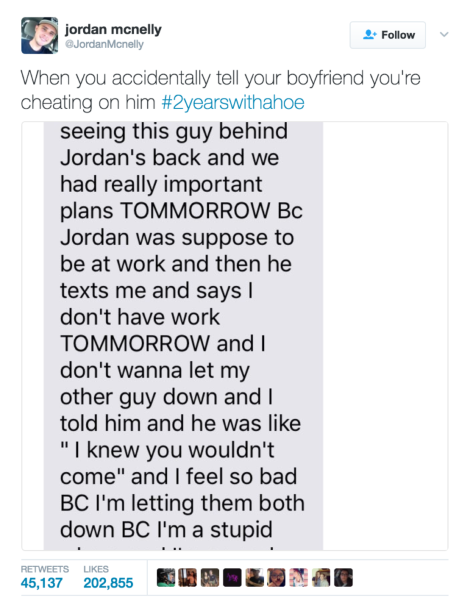 And here’s the full text: 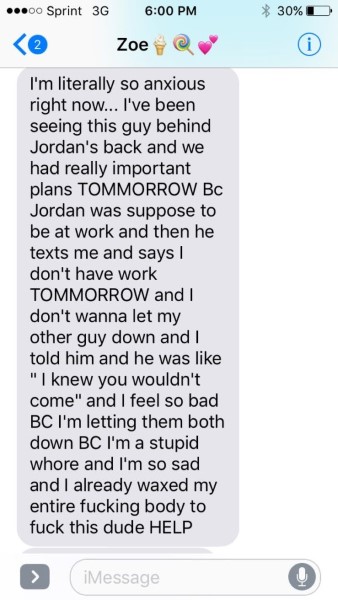 It gets worse for Jordan too:

Now her new man wants to fight me? come on bro this is a never ending joke

Still, at least he got the hashtag #2yearswithahoe trending across the world. That’s a little payback.