Karimba, Zimbabwe, Africa. A young couple struck upon the idea to have a little Midnight fun and went swimming. The pair were on holiday and fancied a bit of a romantic dip in the hotel pool. And why not, huh? But soon enough their swim is ruined when a juvenile Nile crocodile decided to join them!

The 6ft beast attacks the two of them and the dude reacts with instinct and clambers out. Leaving his girl in the pool to fight it off by herself! She eventually manages to escape too, but only after the croc had bit her several times about the feet.

Hey, look – it’d be easy for us to sit here and criticize the dude for running and leaving his girl to deal with the crocodile on her own, but it’s fight or flight. Who here can HONESTLY say they wouldn’t be outta that pool and at ordering a Bud at the hotel bar as soon as they saw the damn thing…? 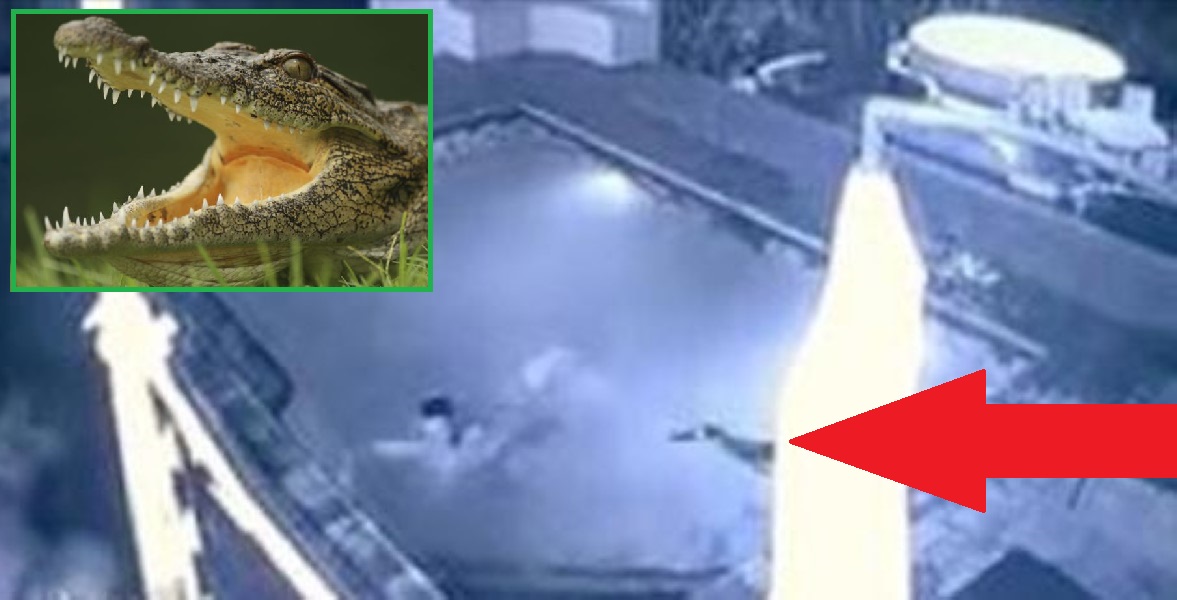