Kumbuka, a gorilla at London Zoo, BROKE OUT of his enclosure yesterday after becoming enraged at some of the dumb visitors who were teasing and provoking him through the glass. Luckily he was recaptured, with no human or ape put at too big a risk. Though the situation was serious.

An email sent around to London Zoo staff warned them to stay inside… “An animal emergency incident is currently being managed on the London Zoo site. All staff are instructed to remain within buildings and not to venture out until the all clear has been given.”

“If any member of your team is away from their desk and in the zoo grounds, please make every effort to contact them via DECT or mobile phone and alert them to the emergency. Thank you for your co-operation.”

Police and zookeepers managed to recapture the silverback without harming him, thankfully. Armed police officers were called to the zoo, though no bullets were fired. Scotland Yard said this: “Police were called by security at Regent’s Park at 5.17pm to reports of an ongoing incident. Officers were there to support ZSL staff.” 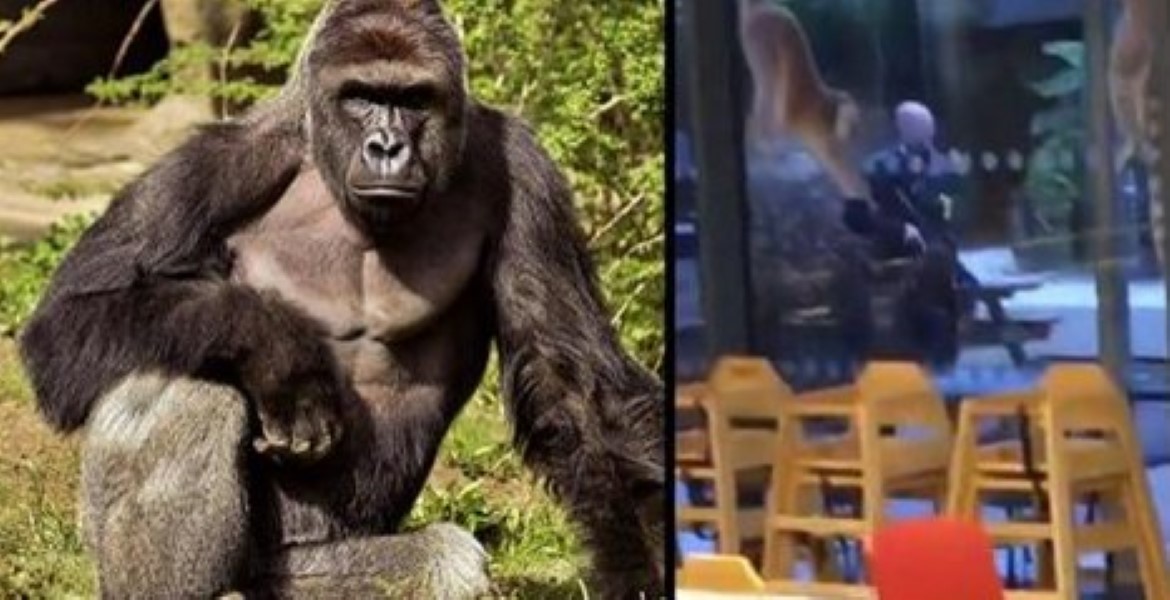 @SkyNewsBreak lock in at London Zoo – Gorilla on the loose? pic.twitter.com/X9ukqgrI9o

Staff at the zoo penned everyone away…

#Gorilla on the loose? Huddling in a building at the #londonzoo after staff told us to get into a building quickly! pic.twitter.com/BBbFvBLTn6

He’s back in his enclosure and calm now.