A revenge attack in Indonesia recently saw a man seek out his new wife’s rapist, kill him, chop off his genitals and EAT them with his partner. The man, 30 year-old Rudi Efendi, claims to have acted alone and ordered his wife to cook the severed appendage.

Efendi left his victim dead in a burnt-out van in Tulangbawang district, Lampung province of the country. Local police later arrested Efendi and his wife, pending a full investigation into exactly what had happened.

The couple, on consummating their relationship on their wedding night discussed the rape and it sent Efendi into a wild rage. He grabbed a knife and set to work. The man was stabbed multiple times. 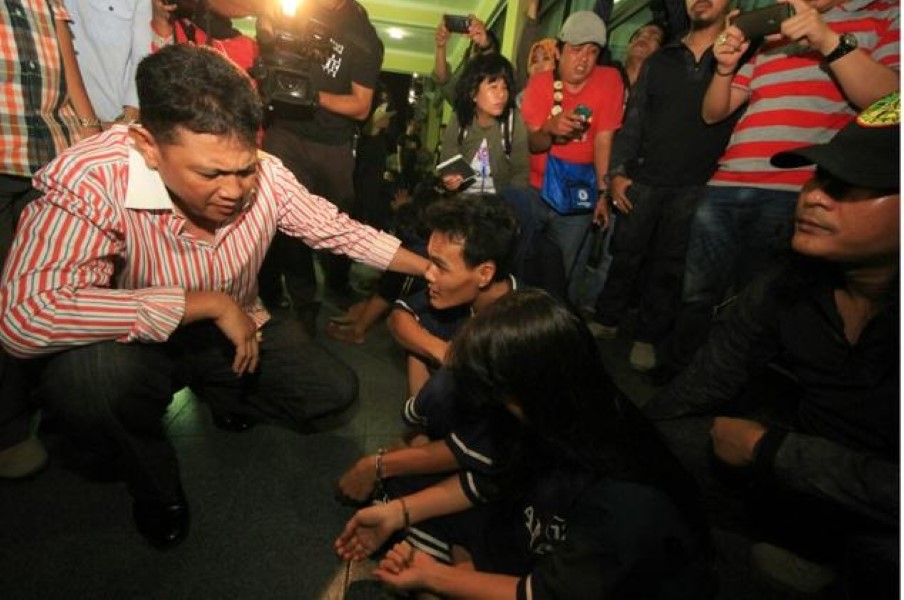 Sulistyaningsih, a local police spokeswoman who goes by one name, told AFP: “The case is still under investigation but we strongly suspect that this is a premeditated murder.”

The victim/rapist was a van driving former boyfriend of Mrs. Efendi who had forced himself on her against her will. It was a secret she hid for years.

Efendi told reporters he did it to ‘cure his heartache’, because he was ‘so outraged’.

The trial begins soon. Prosecutors are expected to lean towards being lenient in light of the circumstances.