Oh dear, Katt Williams. What is going ON?! Man, you used to be one of our favorite comedians. Now look at you. You’ve gotta get your sh*t together… It was only the other week we were telling everyone how you got into a fight in a club at Beanie Siegel‘s birthday. Looking pretty whacked out. And now you’re doing it again. And this time you’re fighting a TEENAGER. And losing! This is bad news, Katt. Real bad news…

We feel sorry for the guy, but this beatdown is just EMBARRASSING. A video of the face-off just appeared online and shows Williams confronting a college age kid called Luke. The pair argue for a while and then Williams SUCKER PUNCHES the boy. The video then cuts to a full-on fight, which Williams does NOT do well in.

In fact, he ends up tapping out! 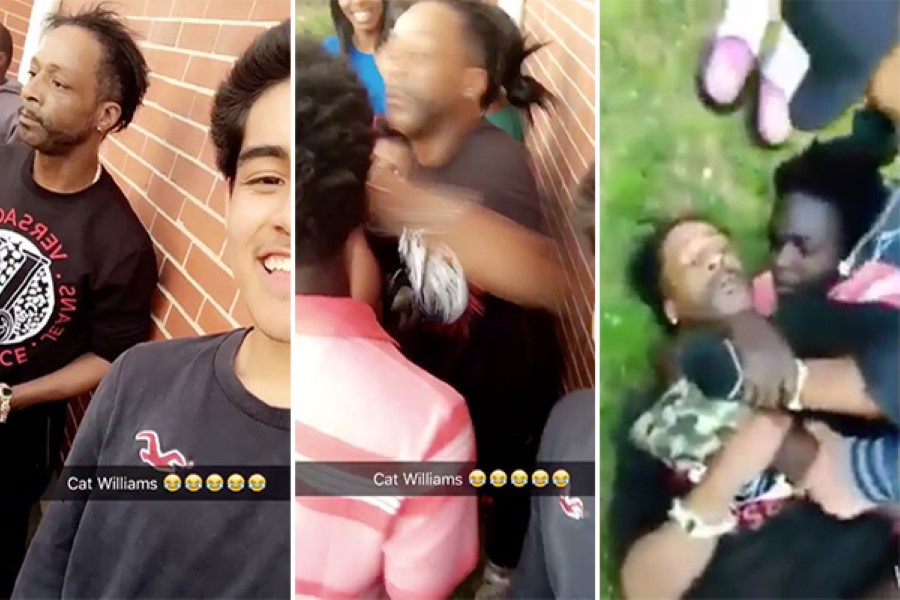 Afterwards, a dejected and beaten Katt can be heard asking the crowd, bizarrely: “As a community y’all let a little broke n**** do that to a celebrity?”

This is crazy. Check it out: