Odessa, Florida. A horrifying school bus crash sees the vehicle veer off the road and head straight into a lake. Bad news. Especially as the bus had 27 pupils aboard. And it gets worse. The lake they went into? It was known to have alligators in. Twelve footers too. It was a dire situation.

Luckily, fast-thinking ten year-old Nicholas Sierra was on the bus and sprung to the rescue. Let’s let the hero boy take up the rest of the story:

“The bus was out of control and I looked at the brakes, and when he kept on stepping on them, they wouldn’t work. I saw the driver hit the brakes, but nothing happened.” 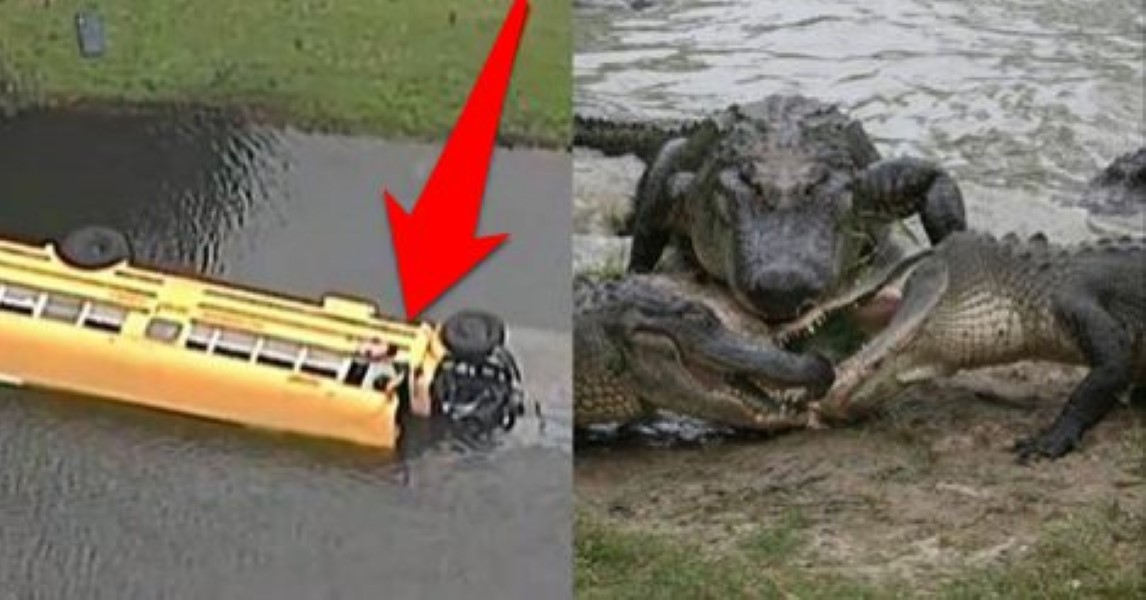 “Kids were crying and screaming so I grabbed a kindergartner’s arms and put them around my neck and brought her to land. And then I went back into the bus and grabbed two other kindergartners and also brought them to land.”

This is top work all around. Gotta love this kid, huh? Total lil’ Thug! Here’s more on the story: