Is it something he would have done regardless? Or is there a more nefarious reason behind the move? Is it a test? Or a threat? What exactly WAS Russian president Vladmir Putin thinking when he violated a thirty year-old treaty which was aimed at easing tensions and hostilities with the United States recently…?

It’s all down to the testing of a cruise missile system. The tests have shaken up NATO and involve breaking a promise made some three decades ago. US officials have been monitoring flight tests and found that one particular missile, known in the trade as the ‘SSC-8‘, went farther than the agreed-upon three hundred miles flying range.

Putin knew about it and signed off on it. But is it a slap in the face to President Donald Trump? Everyone always talks about Trump’s ties to Russia and Putin, but this incident appears to be rather embarrassing for the new POTUS… 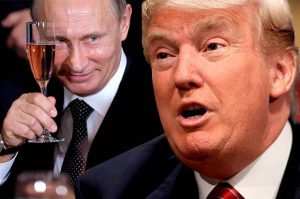 The rumors still fly around the internet that Putin and his associates have a lot of blackmail material on the 45th president of the United States, so could this be behind their confident breaking of the treaty?

Trump denies that the Russians have any leverage on him, of course. But then again… Well, you would. Wouldn’t you? 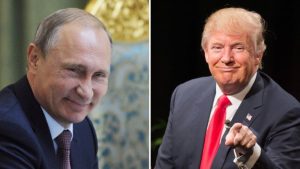 Trump’s been silent on it so far. Will he keep it up? Is the relationship with Russia too important? Is Putin testing the new American president…? Could there be trouble on the horizon?!

Find out more on the story: