Ever since he was gunned down 20 years ago, a number of conspiracy theories have sprung up which claim that the truth behind Tupac Shakur’s murder is contrary to what was reported. For example, it has been claimed that P-Diddy was behind the shooting, although those close to the rapper deny that. But, by far the most enduring of these conspiracies is that his death was faked, and that he is living in secrecy outside of the States.

Recently, retired cop David Myers claimed that Shakur and his manager Suge Knight paid him $1.5m to help stage the death, pay off the necessary people, destroy and create evidence and forge paperwork. “The world needs to know what I did. I’m ashamed that I let a price be put on my word and I cannot die without letting the world know,” he said at the time.

And now, a selfie has emerged online, purporting to show that 2Pac is living in Cuba. The photo shows a man who closely resembles Shakur, wearing his trademark bandana and a raincoat, and drinking from a can of coke. 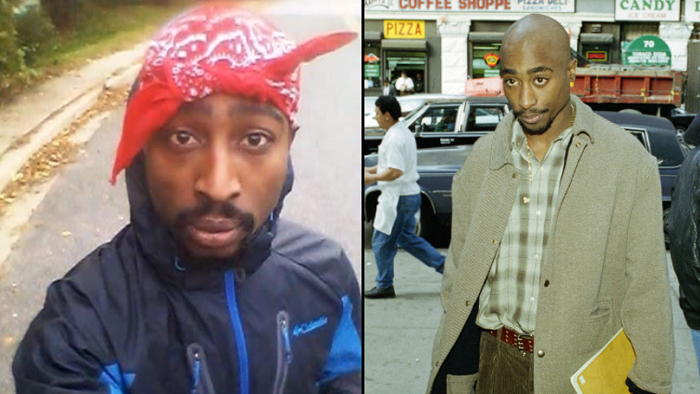 The selfie is said to have been taken a year ago, and on a cell phone made in 2011. However, it is not clear how the photo was leaked.

It will only add fuel to the fire for those who claim that Tupac’s “murder” was actually one of the most elaborate hoaxes in American history.