So, it’s safe to say that the election of Donald Trump as the 45th President of the United States has polarized the Land of the Free. From the day of Trump’s inauguration, protests, and counter protests, have occurred almost daily, with his supporters praising his supposed patriotism and no-nonsense approach, and his detractors criticizing what they believe is a racist and sexist political approach.

We’ve already covered some features of the protests so far here at Thug Life Videos, such as Shia LeBeouf losing his cool with a white supremacist, and a protester setting fire to a pro-Trump teen’s hair. Well, now we have another ‘highlight’ for you. 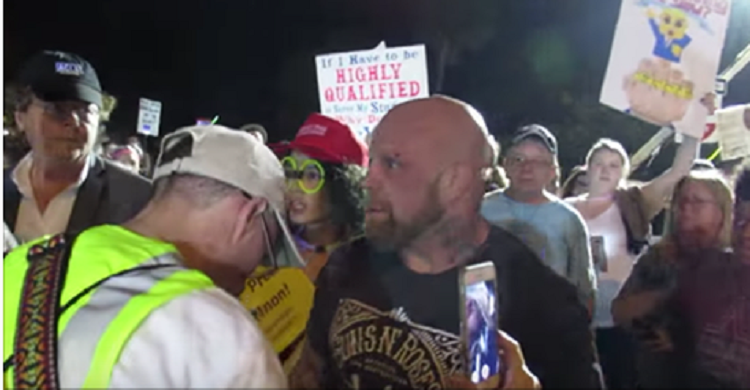 Last week, an anti-Trump protest was taking place in Palm Beach, Florida, when, predictably, a bunch of Don’s supporters rocked up. Amongst the anti-Trump crowd was UFC veteran, and political activist, Jeff Monson. Not the sort of bloke you want to be getting in a fight with.

However, film from the protest shows Jeff scuffling with one of the Trump mob. It is unclear how the fight started, but the video shows the pair trading blows, before being separated by other protesters. Monson then returns to the crowd to continue with the protests.

Watch the video below.