Moore, Oklaholma. A school teacher at Moore High School in her fifties has been arrested and charged after being caught giving one of her 17 year-old students oral s*x. Sandra Mayfield had no case to argue really, the incident was caught on CCTV and used against her in court. She’s facing a charge of ‘forcible sodomy’. She denies the charge.

Moore Police Sergeant Jeremy Lewis said this about the case: ‘They met at a business here in Moore, drove around in Oklahoma City, made a few stops, ended up late that night at a park here in Moore, Buck Thomas Park, where she performed oral s*x on the 17-year-old.’

One of the craziest elements to the case? CCTV footage also showed the pair ‘hugging and kissing’ round outside the town courthouse where the trial was held. 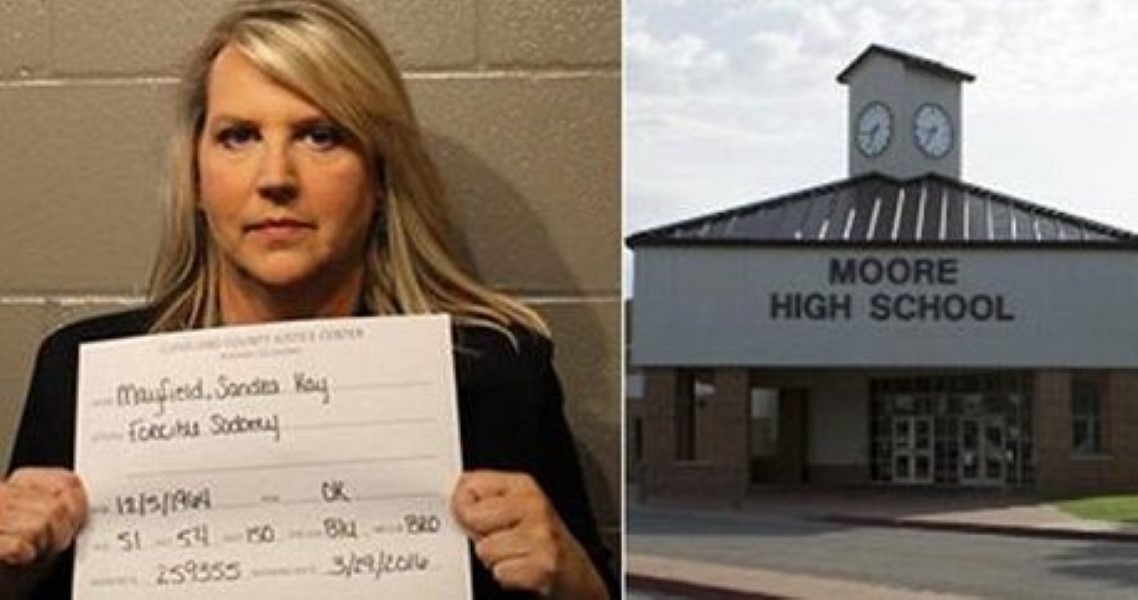 Here’s more on the controversial incident: