Their careers never really overlapped, so they were never at odds with each other or rivals. Instead, history has seen fit to keep them separate and makes them icons in their own right. Like Muhammad Ali and Mike Tyson. Who are we talking about? Drug cartel bosses Pablo Escobar and El Chapo.

Pablo Escobar was born the son of a peasant farmer in the middle of the Colombian countryside. Similarly Joaquín ‘El Chapo’ Guzmán grew up in a rural and rugged area in Mexico’s rugged Sierra Madre mountains. Both tricked the law time and time again and made huge profits selling cocaine in America.

But who was the most successful? Who had the best ‘career’? C’mon… WHO YA’ GOT?! 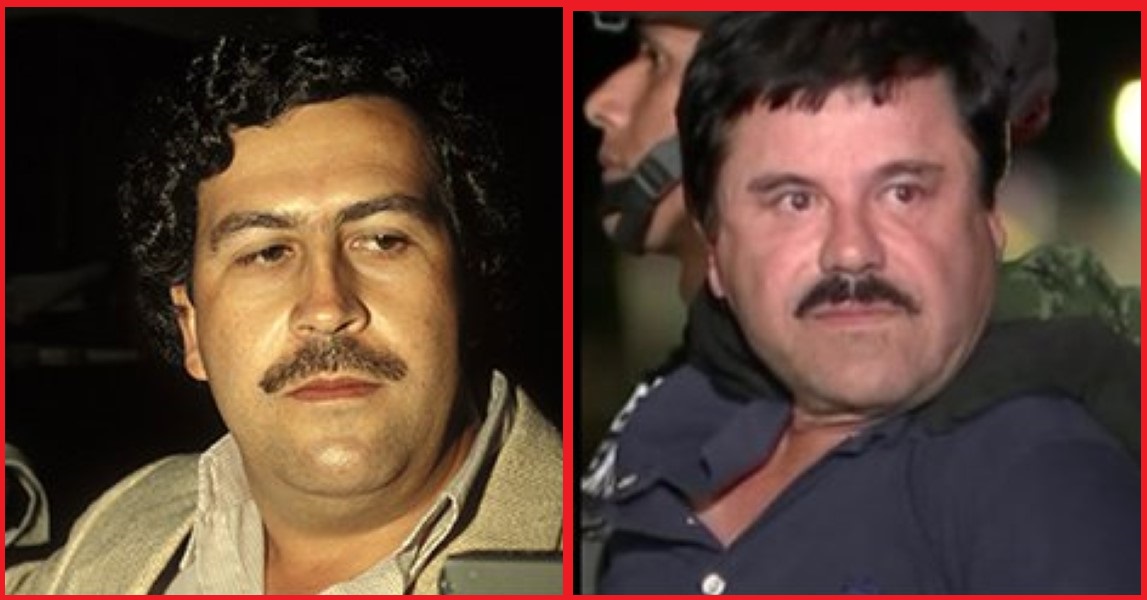 That’s enough chit chat from us. Let’s get down to the tale of the tape… This slick infographic is brought to us by the good folk at Business Insider. And it makes for intriguing viewing. Check it out: 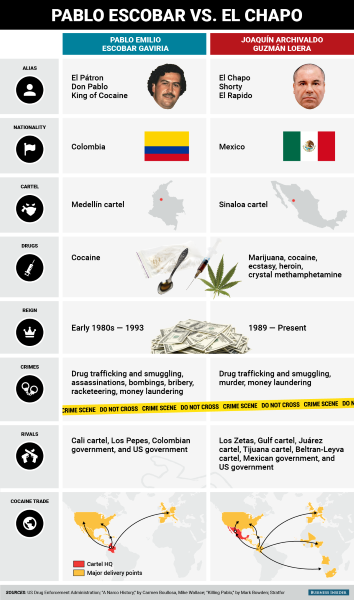